August has been an incredibly eventful month filled with international conventions, prideful celebrations, and even some coming to the rescue of cats! For the first time since 2019, the Gamescom and Devcom conventions have finally returned and we were eager to visit.

Gamescom and Devcom are back in action, so we sent a small group from the Dynasty team over to explore what’s new at one of the largest gatherings in gaming. Our experienced developers Alpaslan, Alex, Juan, and Petr took a trip to connect with partners, discover new technologies, and enjoy a variety of games.

In Cologne, Germany, the Gamescom and Devcom conventions took place from August 22 to 28 and had over 250,000 visitors in attendance. Devcom was especially insightful for our team as it focuses directly on game developers and the process of creating games.

With our aligned values, we at Dynasty took a moment to march alongside many during the Copenhagen LGBTQIA+ pride week. Copenhagen Pride is a week-long celebration of activities that spreads awareness and understanding across the city and country.

We continue to contribute to a safe and supportive culture at Dynasty while making a positive impact in our local communities. Diversity in all of its forms should not just merely survive, but be allowed to thrive!

Cat Appreciation Across The Company

August was full of surprises and near cat-astrophes as we found a stray kitten outside our Istanbul office. There’s no need to worry as the kitty is in good hands (literally) and has found a new home within the Dynasty team.

Cats are such a paws-itive part of our company culture that we even celebrated International Cat Day. On August 8th, we organized a proper Zoom call with our whiskered colleagues to keep us meow-tivated.

Something New In The Making At Dynasty Studios

Lastly, we want to leave you with this sneak peek of something new in the making at Dynasty Studios. We can’t wait to soon share more news with you on internal activities and ongoing game development!

Stay tuned on social media as we continue on our mission to create superior player experiences while supporting a vibrant and diverse Dynasty community. 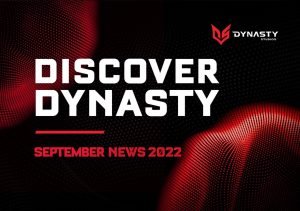 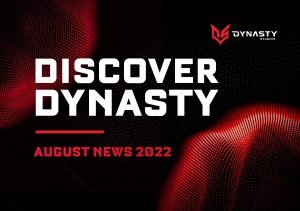 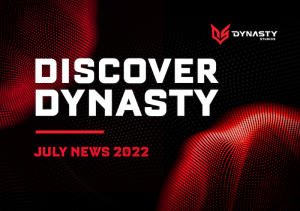 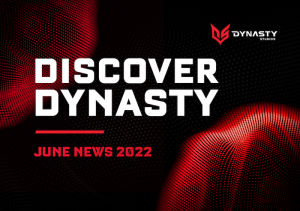